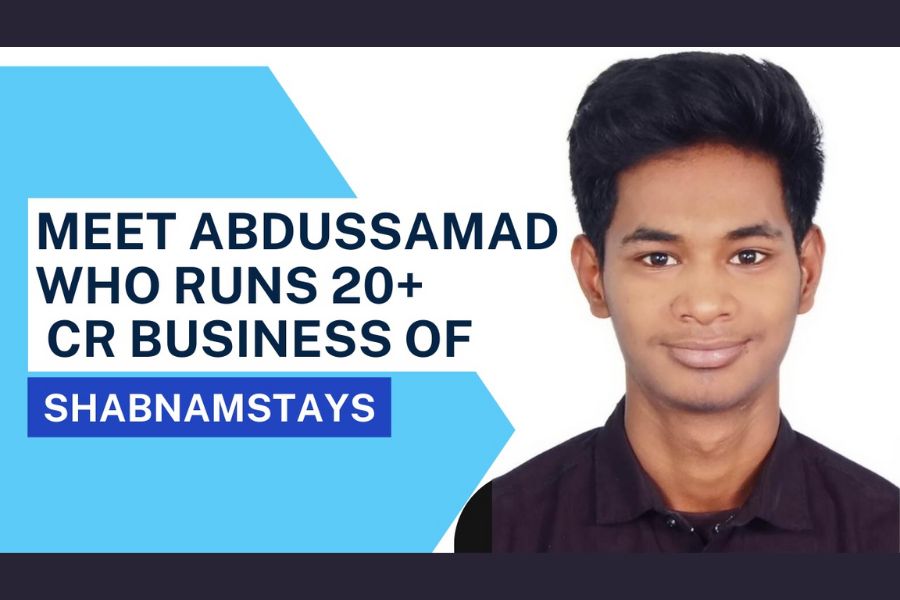 October 8: Happy the stairs to those who have to go to the ceiling; my destination is the sky, and I have to make my own way…

The more depth there is in the lines of this proverb, the more difficult it is to cross this depth, but there is a person who filled this depth with his courage so much that he is now the owner of crores.

In India today, even young children consider future financial independence. Every day you must hear the news of someone that such a small child has done this, made a company of so many crores; some are doing digital marketing, and some are earning from YouTube, And so is Abdussamad Ashraf, who is the founder and CEO of the Kota-based student housing platform Shabnamstays. You won’t believe it, but Abdusamad Ashraf, who founded Shabnamstays when he was just 17 years old, built the company into one worth more than 20 crores today.

Founder Abdusamad has lived in hostels since childhood for his studies, and he sees some common problems in every hostel. And he wanted to change all these problems,

After Lockdown 2020, the financial condition of the family was not so good, and he went to Kota to the preparation for NEET. He was living in Kota during Lockdown, and he saw that children had started coming to Kota, but no market had opened till now due to the fear of lockdown, and he felt it like an opportunity, And by taking some money from some friends, I started a cafe called Oyotea with some friends, There was no other cafe/restaurant in Kunhadi at that time, so the cafe started running a lot.

Then Abdus saw that there were many shopkeepers who were selling groceries secretly from the house. It also took a good opportunity, then he made a website and launched an online grocery delivery site; everything was going well, but due to paucity of money, both his businesses were closed, and he got a lot of debt.

But the worm of the business that had come under it, where was he going to die now,

After doing a little research, a few days later, the government decided to reopen the schools after the lockdown. Hearing this news, He saw a lot of opportunities in the hostel business.

Then he borrowed some cash from some of his family members to pay for a hostel lease and took a hostel on a lease. It was game-changing for him, seeing that today Shabnamstays is a bigger company than 20 crores.

It takes no moment for me to choose words to boast about these people, as their own success speaks for them.

People like Abdussamad are rare to find who not only consider business but also consider others` feelings and expectations. I am truly impressed at the way his career has progressed at such a young age.

I believe that he has guided himself well, he has collected his thoughts well, and this is exactly what you need to prove yourself right.

As a matter of fact, we often make excuses while others already start saving money to buy the first brick of their foundation. If I can’t think like Abdus, I will at least start believing in making a base of how I want my life to be a few years down the line.

We all need one reason to realize our goals, and then there is no looking back.

For instance, in Abdus’s scenario, he found it very painful to see crappy places and crappy staff when he used to travel extensively.

This is what gave him the first reason to plan his own future. I wish him all the best!

If you have any objection to this press release content, kindly contact pr.error.rectification[at]gmail.com to notify us. We will respond and rectify the situation in the next 24 hours