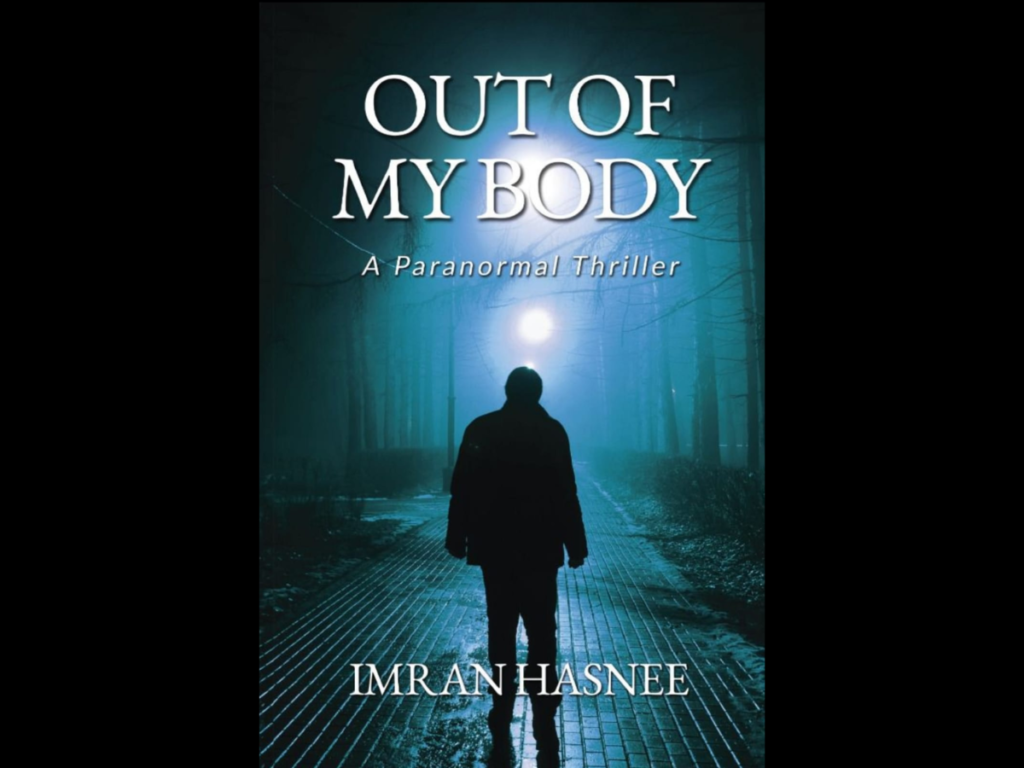 Indian actor Imran Hasnee, who has worked in French, Hollywood and Hindi movies, apart from being a film director and painter, revealed his creative side that of an author with the launch of his book OUT OF MY BODY (A paranormal thriller).

Riding high on the successful launch of his book international actor Imran Hasnee addressed the media persons about his recently launched book.

Replying to a query from a media person about the reason for choosing the paranormal as his subject of the book, Imran said, “The horror genre is undoubtedly one of the most paradoxical and contradictory literary forms, yet it has endured over several centuries. In horror, novels are way scarier than movies. In movies, you see what they are showing you, but in a book, it is left to the imagination of the reader. Here what you are going to read in this book is not horror. It’s paranormal and is something that is beyond the realms of reality, which lacks a scientific explanation. There are thousands of different explanations for the word ‘Paranormal’.

Speaking further, Hasnee said that the most special thing about this book is it is his first published book, though ‘Out of My Body’ is a fictional story, but, there are many incidents and events and the paranormal world’s ethics, and rules that in his personal experience are real and authentic, which we can call as the laws of the spirit world.

Answering other question about after-life, ghosts, etc, he said that it is a big debatable topic as there are people with paranormal experiences, which often lead people to believe that there is life after death. And, you’d be surprised how many people have had them. It’s nothing new. Near-death experiences, visits from deceased loved ones, talking to the dead, seeing a ghost, or deathbed visions are commonplace; however, it’s all debatable without no 100% proof. He felt that nobody would want to be ridiculed or labeled ‘mentally unfit’.

Emphasizing that being an open-minded skeptic is healthy, we believe it or not and yet keenly want to know, what will happen to me when one feels ‘I am Out of My Body’ he revealed about his passion for writing novels, yet mentioned that he is more busy with finishing upcoming films that will be announced very soon.

‘OUT OF MY BODY’ by Imran Hasnee is available at all platforms – eBook, Kindle, Apple Books, Kobo, Amazon, and Flipkart in India and internationally.