Step into the world of Cancatia! 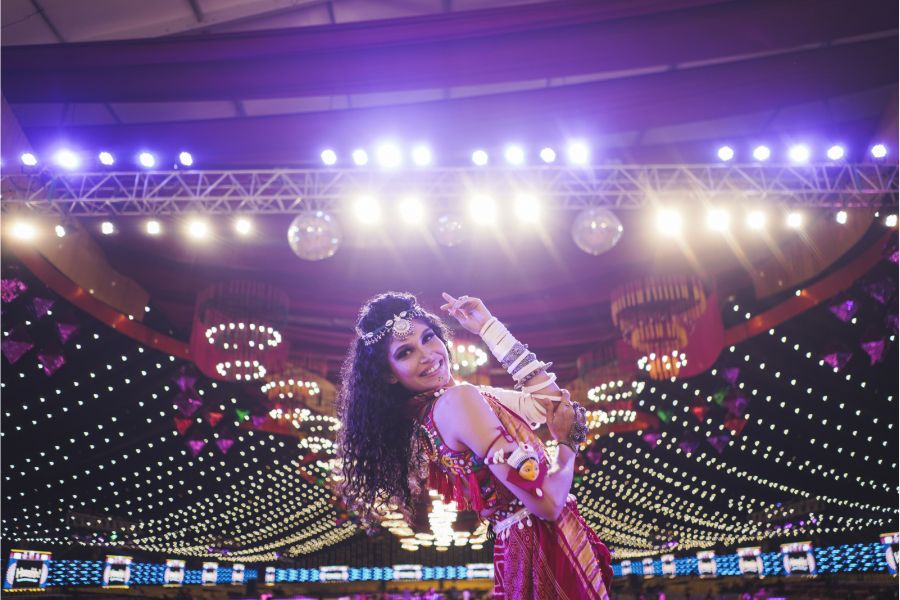 Surat, October 1: Navratri, the longest dance festival in the world, is here. Thanks to Covid-19, celebrations were muted for two years. This year, however, organisers and revellers are leaving no stone unturned to make up for the lost fun. Joining Surtis in the celebrations is popular Bollywood singer and independent artiste Purva Mantri, who is making revellers sway to her music at Suvarn Navrati Thakurji ni Wadi, the largest Navratri event in the Diamond City.

For Purva, performing in Surat is like returning home to perform at a family function. She has done a part of her schooling at Nand Niketan School in Hazira, Surat, and has fond memories of the city. “Surat is like a second home to me. It evokes a sense of warmth. I have always loved Garba. The energy of the people on the ground is so contagious that the more I perform, the higher my energy level goes,” the singer says.

Purva is not just a popular singer who has carved a niche for herself with her music but is also a youth icon. She has won several laurels on her musical journey. She is also a talented performer on stage and in front of the camera.

Recently she has been awarded as the Best Singer & Performer by WOW AWARDS Asia. In fact, post her single Kala Sha Kala, her fans have named her Kala Sha Girl.

She has sung popular songs like Kala Sha Kala, Raanjhan Ve, Dilruba, Channa Ve, Banke Patola, The Papa Song and many others.

Her remake of the song Char Bangdi has been globally popular. As an indie artist, she releases her original music every 15-20 days and recently, she has sung for upcoming big-banner Bollywood movies.

She has shared the stage with popular singers and composers like Bappi Lahiri, Sonu Nigam, Vishal-Shekhar, Rahat Fateh Ali Khan and others.

If you have any objection to this press release content, kindly contact pr.error.rectification[at]gmail.com to notify us. We will respond and rectify the situation in the next 24 hours.