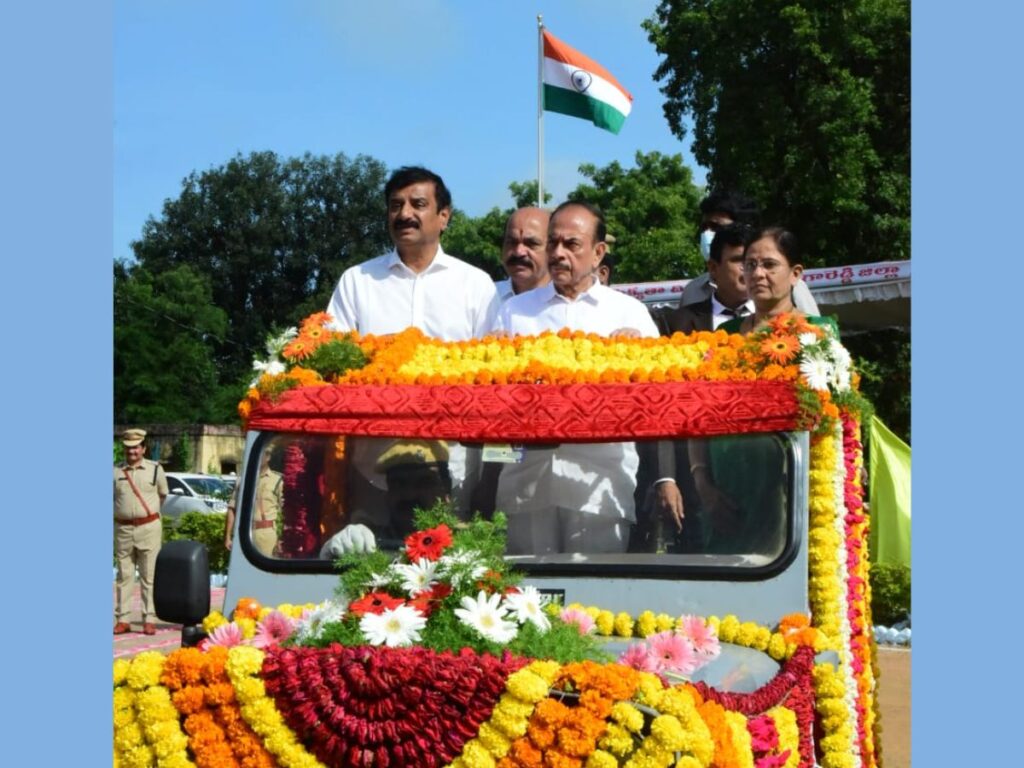 Sangareddy District, Telangana [India]: On September 17, 2022, for the first time, the diamond jubilee celebrations (Telangana Jaatiya Samaikyata Vajrotsavalu) went on for three days from 16th to 18th of September. This marked the completion of the 74th anniversary and the beginning of the 75th anniversary of Telangana’s transformation from a monarchy to democracy with the merger of Telangana (Hyderabad State) into the Indian Union on September 17, 1948. Hon’ble Chief Minister K Chandrashekhar Rao waved off the flag during the festivities of the Telangana National Integration Day at the Public Gardens.

After the setback due to the Covid-19 pandemic, the people of Telangana had been on the edge to come out and celebrate the integration of their Motherland. To make this celebration grand the Telangana state government organized rallies to commemorate/celebrate the occasion across the entire state.

Leading one such rally in the Sangareddy District of Telangana was the people’s beloved Zilla Parishad Hon’ble Chairperson Shree Patlolla Manjusree Jaipal Reddy (Deen Dayal Upadhyay Awardee 2019-20). On the day of the parade, the processions began with thousands of commoners coming on the streets with marching and bike rallies after their leader Shree Manjusree Reddy waved the flag providing the spark to the celebrations. This spectacle gathering included 15000+ commoners, 3000+ bikers from across the Sangareddy region.  and Political leaders and Government Heads of the District, District Collector Sharath, District SP Ramana Kumar along with Additional Collectors and Government Officials of the entire district.

When asked about her vision for the growth of the nation of Telangana, Manjusree Jaipal Reddy said, “Sustainable development is possible only with integration and the Telangana state is on the path of development in all sectors”.

During the public meeting held at the ‘Ambedkar Stadium Grounds’ while speaking on the behalf of the community, Manjusree Jaipal Reddy said, “Honorable Chief Minister K Chandrasekhar Rao is developing the state in all the sectors. All our state people are celebrating the Integration Day with pride and joy”. Later she also added, “the coming generations should know the significance of the 17th September celebration. The Telangana state was formed because of the constitution written by Dr. Babasaheb Ambedkar, during the writing in which he mentioned that the progress of the country will happen only if the states are small.” She also highlighted the importance of education for every child and that each child should be able to reach higher positions without any caste discrimination.

While addressing the crowd she repeatedly praised the CM of Telangana for his commendable work of achieving the state of Telangana through a Non-Violence methodology. During her inspiring speech, she also addressed the struggles through which Telangana went and achieved their identity and became a role model state or compass for the entire nation.

17th of September was celebrated by some as the “National Liberation Day” whilst some celebrated it as their “National Integration Day”. However, one thing was common, the entire day was filled with joy and happy instances where thousands of people came out of their houses to celebrate the integration of their motherland at the police ground in the Sangareddy district. This day shall be looked upon as a memory or a tale that shall pass from generation to generation within the people of Telangana.